I have started working on a comics database since i have a large collection of them. The books template doesn’t work for me since this is different from how comics work.

Comic has the following structure

image1555×540 117 KB
I have text fields for year, a unique id and remarks. I have also added a file field for adding an image of the front cover.

Uitgeverij has the following structure

Serie has the following structure

Personages has the following structure 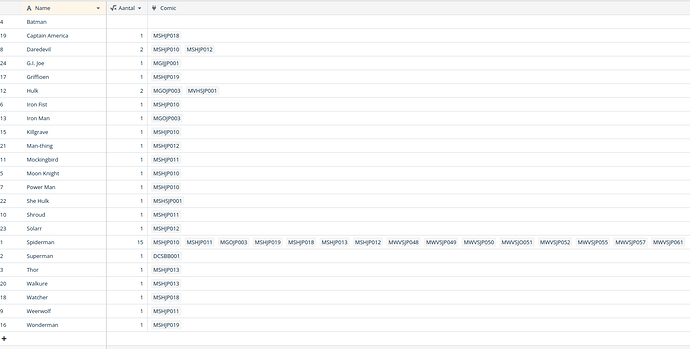 When i am adding content it feels ok like i made it. Maybe some of you would have done it differently.

Hey @Peter! Nice, it seems that you have a large collection of comics

How many of them do you have in general?

It indeed works differently if you keep track of comics in comparison to books, so that’s right that you created your custom database. And thanks for sharing it here! We might have some comics enthusiasts in the community, and they can use your tables as references:)

How many of them do you have in general?

I didn’t count them but i guess a couple of hundred at least.

Whoa, that’s a lot! You can count them directly in Baserow using footer aggregations, for example:)

You mean like this. Nice feature. Never used them until now. 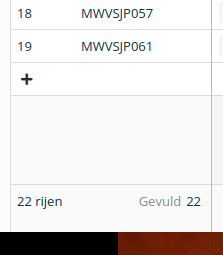 Yeah, this feature is a bit hidden, we should make it more visible

You’re right about book the book writing template being different from how you might archive/organize comics.

Gonna add this idea for future template releases. Thanks for the inspiration!